It was the year 1955 when SBI get established and first version of the logo came into existence. It has banyan tree in it and name written in Hindi and English with year of establishment at the bottom of the tree.

Second version of SBI logo is designed by Shekhar Kamat, alumni of NID almost 45 years ago. India’s largest commercial bank and also a fortune 500 company still using the same. There are many interpretations which can be drawn but the philosophy behind the design is here.

As an initial response to the circle form with an open hole, it looks like a key-hole. But, the real concept behind the design being that the circle encloses a common man inside at its centre. The common man represents the centre of the bank’s business. The circle signifies the service of trust, security and perfection for the common man. Moreover, the slogans ‘With you all the way’ and ‘The banker to every Indian’ support the idea of serving the common man as the epicenter of its activities. This logo is a unique example of how to create a quality of a concept with most basic geometric form of design i.e. the circle. (Source: D’source, IIT Bombay)

It is said that inspirations for this design came from the Kankariya Lake in Gujarat and logo too has very close resemblance with the top view of the lake as seen on google map. 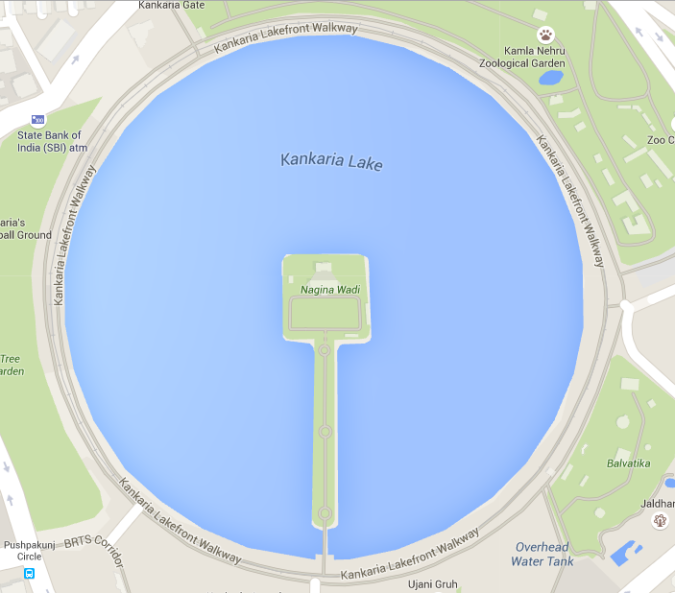 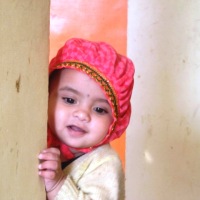